We can go as far back as ancient Greece to discover its roots where ancient forms of healing rituals and theatre performances influenced what we classify as Dramatherapy today. Dramatherapy in modern society began in Europe in the 19th century. The first recorded use of the word Dramatherapy was by Peter Slade, who in the 1930s, referred to all forms of carefully applied Drama as Dramatherapy.

By the 1960s in Britain, a remedial Drama Centre was set up by Sue Jennings and Gordan Wiseman to work with children and adults with a wide range of needs. The British Association of Dramatherapy was formed in 1976 and provided a professional base for those who had been using Drama in therapy and education since the early 1960s.

Dramatherapists, trained abroad, began working in Ireland in the mid 1980s and the first training in Dramatherapy began in 2002 at Maynooth University. 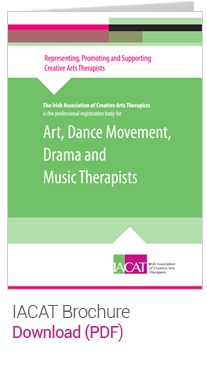